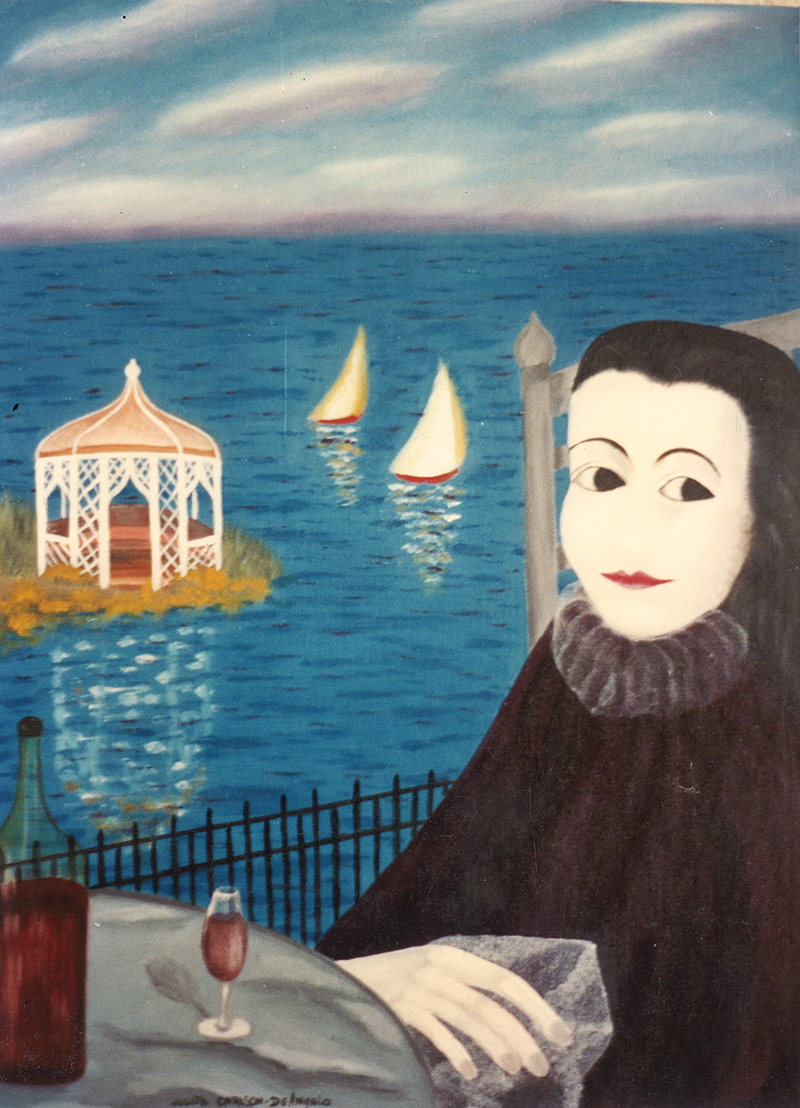 Dimensions: 16in X 20in
Medium: Oil on Canvas

This work was painted in 1992 by Judith Carlson-DeAngelo

JUDITH CARLSON-DEANGELO (July 17, 1944 – Feb. 2, 2015) was a professional artist whose representational style captures the inner spirit as well as the outer form of her subjects. A skilled portrait painter, she has produced numerous works for theatrical personalities, including pieces in the collections of the mother and daughter of comedian Lenny Bruce and featured in the New York Times. Combining stylistic elements of both abstraction and surrealism, Ms.Judith Carlson-DeAngelo’s paintings have been exhibited at the Museum of Modern Art of Miami, Florida, and the Redding Museum of Art and History in California and have received awards at the Redding Museum and the SoHo International Competition in New York City.

Her works have been featured in many prominent collections: